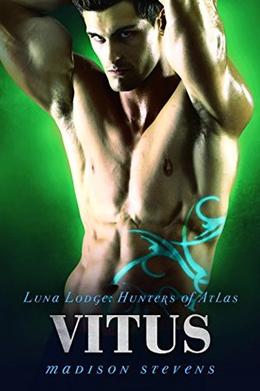 Hybrid Vitus never cared about love or finding a mate before. The easy-going man figured his people had enough to deal with between hiding from the vicious Horatius Group and trying to stop the insane Agatha and her army of bestial Glycons.

When the rogue super-Glycon Thrax becomes obsessed with taking a mate, Vitus is forced to start taking things seriously, especially since Thrax is targeting Grace, a woman who is supposed to be destined for the hybrid.

Now, Vitus will have to do whatever it takes, including pushing the shy woman out of her comfort zone.

Grace has lived a simple and comfortable life of routine. She’s happy to run the store she inherited from her parents. Sure, it can be lonely, but she’s not about to change her life just because of some flirtatious playboy, even if he has ridiculous abs and looks like a Greek statue come to life.

Her easy routine is shattered when Thrax comes for her and she learns the truth of the hybrids living in Eagle Ridge. She longs to return to her old life, but she’s drawn to Vitus in a way she can barely explain.