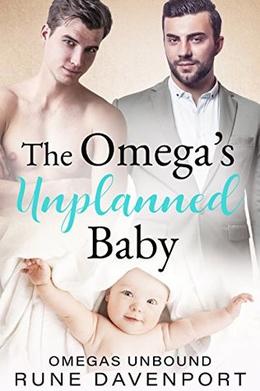 Lane Monahan has plans. College, an education, freedom from his overbearing parents, and some no-strings-attached fun with a hot Alpha. Preferably Gareth Crawford. The Alpha, a family friend, has dominated his fantasies for years.

Things that don't fit into his plans? Falling in love with Gareth Crawford and then being contractually bonded to him. Goodbye, freedom. Right?

Self-made billionaire Gareth Crawford has been biding his time for years. He’s known since meeting Lane that the omega is the only one for him. But the spirited omega needed the chance to grow up without an Alpha breathing down his neck. After years of careful planning, Gareth now needs to convince Lane to say yes to a bond, promising him the freedom he desires.

Love was part of the plan, but will those two headstrong characters manage to navigate the complexities of a strong bond? And what happens if you add an unplanned baby to the already explosive mixture?

The Omega's Unplanned Baby is a 63,000 word non-shifter Alpha/omega MPreg romance, with a cheeky, scheming omega, a equally scheming, decisive Alpha, arranged marriage, hints of fated mates, and an unplanned but much wanted baby or two. It’s book one of a planned series but can be read as a stand-alone novel. Happy end guaranteed.
more
Amazon Other stores
Bookmark  Rate: