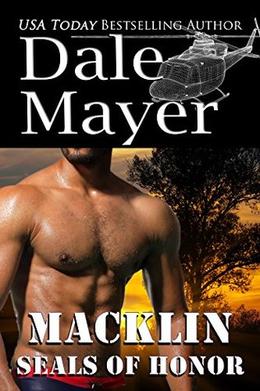 Macklin has tried to forget the one damaging relationship in his life and the woman who won’t believe their relationship is over. She makes his life hell – until she turns up dead – leaving evidence pointing to Macklin as her killer.

Alex, the new detective on the Coronado Police force, is determined to make a good impression. But Macklin soon becomes more than a suspect – he becomes someone she wants to know a whole lot better. And she can’t forget his last girlfriend is now in the morgue.

After being interviewed, Macklin is angry and…intrigued. Marsha is still making his life miserable but the detective on the case is determined to find the truth. He admires her grit and ethics. She’s fascinating and is the first woman in years he wants to get to know better.

Together they have to solve Marsha’s murder before Macklin is charged and before the killer…kills again…
more
Amazon Other stores
Bookmark  Rate:

'Macklin' is tagged as:

The 'SEALs of Honor' series

Buy 'Macklin' from the following stores: