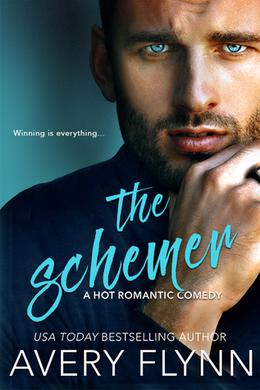 Tyler Jacobson has a plan for everything—except how to handle his completely annoying, utterly frustrating, and totally sexy upstairs neighbor. He couldn’t care less if Everly Ribinski thinks he’s equally irritating—until he discovers she’s the only one who can help him land a business deal that will finally make him feel like he’s more than just a guy from the wrong side of the tracks.

Color him shocked when Everly refuses to help, insisting she should have run him over in the parking garage when she had the chance. Harsh. But possibly deserved. Tyler may have spent the last few months reveling in annoying the fiery gallery owner with a dark past, but he’s got secret leverage she can’t refuse.

If only one meeting didn’t turn into a fake date that turned into more. Way more. Like naked and hot as hell more.

The last thing either of them wants is to catch feelings for someone who is so obviously not their type. Good thing that will never happen. Right?

'The Schemer' is tagged as:

Similar books to 'The Schemer'

All books by Avery Flynn  ❯

Buy 'The Schemer' from the following stores: