Anything For Him (More Than Anything #2) 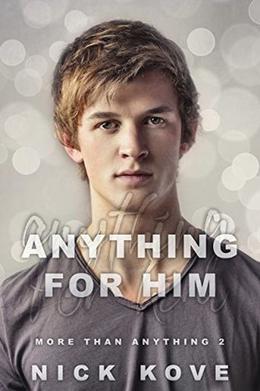 How could we ever make a relationship work while living nine hours away from each other?

I’ve just met him, just got to know him, and come to care for him… and now I’m losing him. He’s moving away and there’s nothing either of us can do about since he’s not legal yet.

Then again, maybe it’s all for the better. He gets to experience something other than my messed up psyche. Maybe it’ll be good for him, maybe he’ll meet people his own age, find a boyfriend who can give him what he deserve. I want him to be happy.

But I want to be happy too. And can I be that without him?

This book has previously been published as part of More Than Anything under a different pen name and has undergone some small changes.
more
Amazon Other stores
Bookmark  Rate:

'Anything For Him' is tagged as:

The 'More Than Anything' series

Similar books to 'Anything For Him'

Buy 'Anything For Him' from the following stores: