Hope for the Broken Girl (Hope #3) 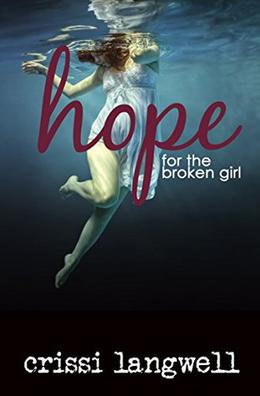 Maddie should have seen the warning signs – the broken cellphone, the bruise on her wrist, his extreme jealousy. But Jordan loves her so passionately, their daughter Hope is warming up to the father she never knew, and Maddie can’t deny that her past feelings are returning. So when Jordan promises Maddie a way to finally be a family, she agrees, running away from California in the middle of the night for a new life in Oregon.

Now she’s stuck, a prisoner in an unexpected life she never wanted. To escape means to put everyone she loves in danger, but Maddie may not make it out alive if she stays.

Warning: This series contains scenes that include death, language, sex, and violence.

Hope for the Broken Girl, book 3 of the Hope series, finishes the story of Maddie and Hope.
more
Amazon Other stores
Bookmark  Rate:

'Hope for the Broken Girl' is tagged as:

Similar books to 'Hope for the Broken Girl'

More books like 'Hope for the Broken Girl'   ❯

Buy 'Hope for the Broken Girl' from the following stores: