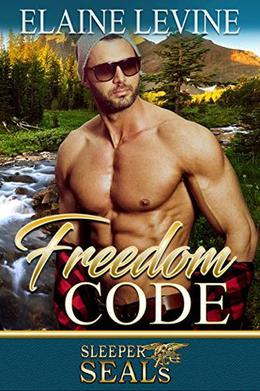 When CIA Agent Mike Folsom is found beheaded in a Denver alley hours after speaking to an informant about a potential terrorist cell being formed in the local Muslim community, retired SEAL Levi Jones is activated to find his killer. The informant herself is a suspected co-conspirator...but she's the only one who can bring him inside the close-knit community.
Zaida Hassan knows her parents are disappointed with her--and not because she writes sexy contemporary romances. No, they're upset with her for something much more salacious--she's failed to settle down in a marriage and provide them with grandchildren.  Zaida's grateful her parents don't know the worst of her secrets. But Jamal Abd al-Mukhtar does, and he's leveraging that knowledge against her. He's the reason she sought out Agent Mike Folsom, a friend from way back.
The help Mike sends her is a man straight from the pages of her stories, with eyes like a blue mountain lake and a heart of obsidian.  When she learns Mike has been murdered, she knows Levi Jones has come not to save her but to destroy her.
Each book in this multi-author branded series is a stand-alone novel, and the series does not have to be read in order.
more
Amazon Other stores
Bookmark  Rate:

'Freedom Code' is tagged as:

All books by Elaine Levine  ❯