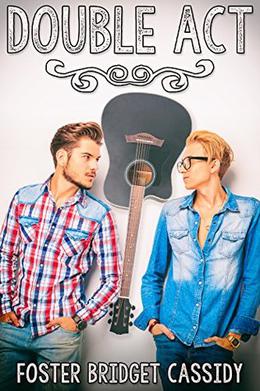 Sean Stirling isn’t having a good day. Hearing snide comments on a photoshoot, he storms off, not caring that he looks every inch a celebrity throwing a tantrum. Things get worse when he falls on the ice-covered street. As a car comes barreling toward him, there’s nothing he can do to prevent his fate.

Luckily, Emerson Willis is there to save the day.

Emerson pushes the man from the street, then gets bamboozled into accompanying the stranger to the hospital. After Emerson sees himself on television, he realizes the man he saved is a pop star.

Now, Sean is smitten and eager to thank his rescuer. Emerson, whose mind is still spinning, can’t tell what to think about the sudden attention. Can the musician convince Emerson they’re made for each other? Or will Emerson dismiss it all as the passing fancy of a rich and famous man?
more
Amazon Other stores
Bookmark  Rate:

'Double Act' is tagged as: