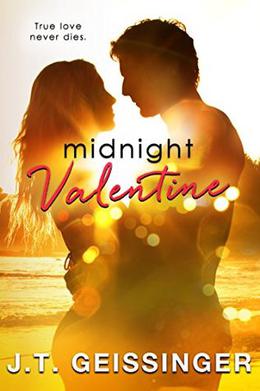 A hauntingly powerful love story in the tradition of The Notebook and The Time Traveler’s Wife.

Megan and Cassidy were childhood sweethearts who thought they would be together forever. Fate had other plans. Soon after they were married, Cass’s life was tragically cut short. Still grieving her soul mate five years later, Megan moves to the small town of Seaside, Oregon, hoping to rebuild her life.

Her first night there, she meets the town recluse, Theo. Withdrawn, guarded, and mysteriously silent since a terrible accident left him scarred, Theo takes an instant and inexplicable dislike to Megan. But as their paths cross again and again, Megan becomes convinced there’s more to Theo than meets the eye. When she discovers the reason for his silence, his nightmares, and especially his pointed dislike, Megan becomes convinced of something far more astonishing.

Is a second chance at a once-in-a-lifetime love possible, or is a broken heart the cruelest kind of liar?
more
Amazon Other stores
Bookmark  Rate:

'Midnight Valentine' is tagged as: