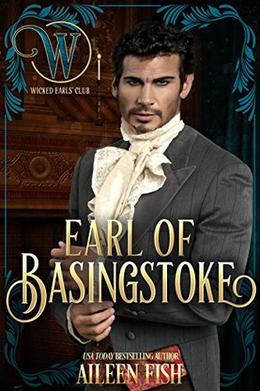 Lady Phoebe Woodson dreams of being a writer, and practices daily in her secret diary. The hero in all of her tales is one Nathan Carruthers, Earl of Basingstoke. The rumors surrounding his wicked assignations are beyond anything she could dream of, and once enhanced by her wild imaginings, she’s created a lover no man could live up to.

Basingstoke has ignored the rumors about his romantic scandals for the most part, accepting them as part of being a single gentleman with a title. In one way, it’s kept the marriage-minded mothers from thrusting their daughters into his reach. Although a staunch member of the Wicked Earls’ Club and enjoying his carefree ways, he admits he’s reached an age when he would like to marry. Luckily, those supposed scandals aren’t keeping away the woman he’s grown to love--Lady Phoebe.

When Basingstoke discovers Lady Phoebe’s diary, he blames her for creating the rumors. Hurt to the bone, he wants nothing more to do with her. Heartbroken, she goes in search of the real rumormonger. Can she prove her innocence and regain Basingstoke’s love?
more
Amazon Other stores
Bookmark  Rate:

'Earl of Basingstoke: Wicked Regency Romance' is tagged as: