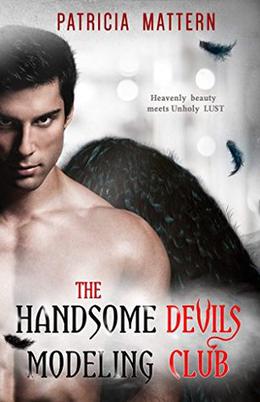 "HEAVENLY BEAUTY MEETS UNHOLY LUST"
Seven handsome internationally famous male models
Seven fallen angels in disguise
Each one with an agenda
And when they seduce you
...And they WILL...
There will be the Devil to pay.

Having fallen from grace many millennia ago, Dark Angel Nicholas Tanner has formed a highly successful and elite male modeling agency, The Handsome Devils Modeling Club. Featured for hire are those angels that elected to follow him in his rebellion: Remy, Merlin,Cotton, Jude, Fletcher, Force, and Alexavior. All of them have attained worldwide international renown.

Taffy Sinclair has just survived a massive layoff at Au Clair, a premier fashion magazine. Unfortunately her best friend, single parent, and coworker Noelle was given the axe. As Taffy grapples with how best to support her friend, she is handed a huge assignment by her boss Tris Mellon to shoot a fashion layout for Icelandia Fashions,using The Handsome Devils Modeling Club as her models.
Taffy is well aware that her boss wants her to fail on her first big assignment so that she can fire her, but she is determined to make a huge success of her challenge.She has no way of knowing that contact with The Handsome Devils Modeling Club will lead to more danger, intrigue and sex than she can handle...
...and that her very SOUL, and the fate of those she loves, will hang in the balance.

'The Handsome Devils Modeling Club' is tagged as:

Buy 'The Handsome Devils Modeling Club' from the following stores: