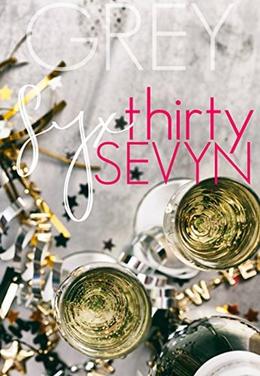 With the novelettes of Syx & the City being the prequels, Syx Thirty Sevyn continues to exploit the existence of the amazingly creative, ultra-sexy and centric Syx Rouge. After the rash decision to relocate and join her sister in New York City, she’s forced to adapt to the new environment while - simultaneously - adapting to newfound heartache. The two proves to be complicated, especially when the culprit is still on the loose and hunting her every waking minute.

Sevyn Rouge, the heart-stopping brown beauty, freelance writer, and sister of Syx, finally finds her voice. Smitten by the likes of Ace Mallard, the blandness of her life is altered the minute he steps foot into her world. His intriguing persona keeps her up at night long after her computer is shut off and projects are completed. It isn’t until his absence that she realizes commitment may have been a bit far-fetched and it was foolish of her to even consider Ace settling. His flee from Sevyn’s web of sappy Romance novel based fantasies come to a screeching halt only when he accepts and admit that she could possibly be everything that he never knew he wanted.
more
Amazon Other stores
Bookmark  Rate:

All books by Grey  ❯