In Search Of Freedom 2 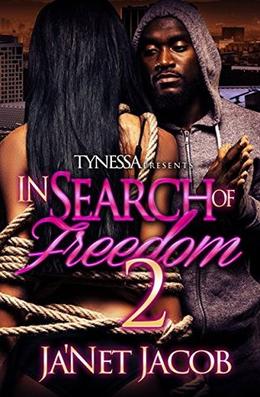 Being a victim of domestic violence, Amy Carson wouldn’t wish it on her worst enemy. In book one, she endured an overwhelming amount of physical, mental and emotional abuse, at the hands of her very own husband, Ronald Carson.

Thankfully, Amy found the determination to get herself out of the toxic environment and move on with her life. Moving on without being under Ron’s thumb isn’t going to be as easy as Amy thought, as Ron tries everything in his power to make that transition difficult. His tactics cause Amy to struggle with heading right back into the deep depression, from where she had already managed to escape, but, because he wants to make Amy life so miserable, Ron pulls out every single trick he could think of.

Let’s see if Ron’s successful enough to pull Amy back into his venomous grip, yet, again. Or will Amy find the strength, courage and wisdom that will serve as an antidote to Ron’s selfish games? Will all of Ron’s tactics eventually backfire on him? Or will Amy come to the conclusion that she does matter? Only time will tell.
#iMATTER
more
Amazon Other stores
Bookmark  Rate:

Similar books to 'In Search Of Freedom 2'

Buy 'In Search Of Freedom 2' from the following stores: