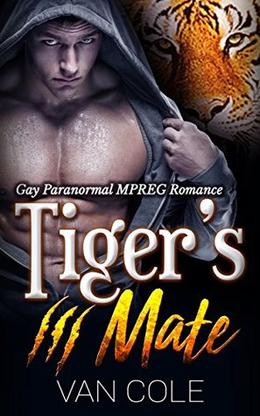 Lance, having lived as the High Alpha of a secret tiger shifter Streak his entire life, is itching to get out and experience the world beyond the boundaries of the forest in which he lives. At night he gazes down into the glittering lights of the city, and wonders what it would be like to leave everything he knows behind, and indulge his curiosity among the very beings who threaten his people's existence.

Ewan, meanwhile, finds himself cooped up in an office at all hours, his life a stuffy and miserable one. A tiger shifter himself, he was adopted by a human family when he was only a child, and has never really felt he had much of a place in the world in which he lives. He wonders whether there could possibly be others out there who are like them, or whether he'll be forced to spend the rest of his life in hiding, denying his true self.

It seems like fate, then, when the two men's paths happen to cross at a bar one evening, and they spend the night together in the rapturous throes of ecstasy, revealing their true selves in a way that they've seldom done to anyone else around them.

Could this be true love at first sight?

Or will the rolling of their paths in opposite directions doom their relationship before it's even had the chance to begin?