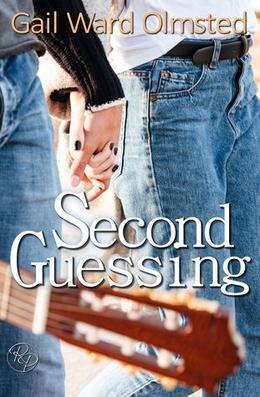 Jill Griffin & Ben Fein are meant to be together… said no one ever!

Jill has built a successful career writing romantic ballads for many of today’s top performers. Since the tragic end of her marriage a couple years back, the 40-something single mom has all but abandoned hope for a love story of her own. Ben is a brash, young boy-band singer seeking a solo career who hires Jill to write for him. The attraction between the two is red-hot and when Ben falls hard for Jill, he doesn’t care who knows it. Jill’s been burned before and wants to take things slow, keeping their relationship out of the glare of the media. After a gossip columnist exposes their affair, she has to decide if she is willing to risk everything on a future with Ben.

When a dark secret from Ben’s past makes headlines, Jill begins to wonder how well she really knows him. But as Ben climbs to the top of the pop charts, he’s determined to succeed…at convincing Jill to take a second chance on love.

Second Guessing is the story of Jill and Ben, who are so wrong for each other that they may actually be right!
more
Amazon Other stores
Bookmark  Rate:

Buy 'Second Guessing: A Novel' from the following stores: