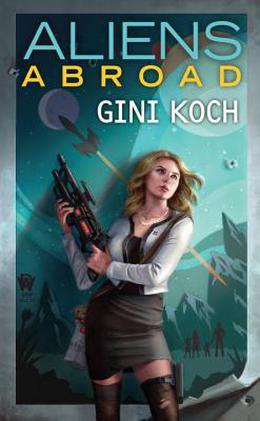 With the human population growing and alien refugees pouring in from around the galaxy, Earth is becoming too overcrowded to sustain itself--and the solar system is filling up with the alien overflow. Advanced technology from the Alpha Centauri and Vatusan systems offers one possible solution. It's time to explore new planets and see if any uninhabited ones can be claimed.
The President and First Lady, aka Jeff and Kitty Katt-Martini, aren't supposed to be on this mission, but what looks like a snafu during a political photo op on the newly christened Distant Voyager spaceship turns out to be a call for help from a planet that might be Earth's salvation...or its destruction.
The discovery of a world at the opposite end of the galaxy that seems like it could be a twin to Earth creates the usual issues for Kitty & Company. It also raises questions of Z'porrah and Ancient influence--not to mention cloning, the multiverse, and, scariest of all, whether or not the Black Hole Universe Police are starting to take too much of an interest in this particular universe.
more
Amazon Other stores
Bookmark  Rate:

'Aliens Abroad' is tagged as:

All books by Gini Koch  ❯