Only See You (Only Colorado #2) 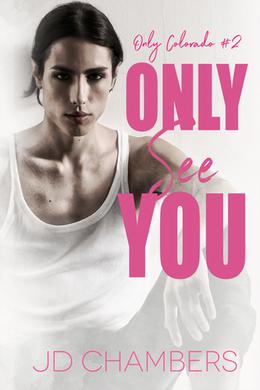 “I might not be every gay man’s wet dream, but I always get a second look.”

Mal Copol knows who they are: Nonbinary. Awesome. Exhausted. They won’t change for anyone, but just once, they’d like to be the one with relationship potential, not the hookup. Also, not having to fight employers on who they are and how they present themselves would be nice. And while they’re at it, add not getting raised eyebrows at their high heels and tasteful makeup while discussing their latest rock-climbing trip to the wish list. Is that really too much to ask?

“Here I am at twenty-seven, embarking on life, version 2.0.”

Parker McWilliams is breaking free from the constraints of his former life and wife. He’s recapturing his zest to try new things and experience everything to the fullest, instead of the complacency he had fallen into over the past nine years. If one of those “new experiences” happens to be with a certain beautiful and intriguing nonbinary person, well, Parker’s just going to roll with it. Anything contrary to his past life is a good thing.

Mal and Parker keep surprising each other every time they meet. Despite their differences, neither has any interest in fighting their attraction. But when circumstances threaten to keep them apart, the couple must decide if that attraction is enough to overcome the obstacles they face.
more
Amazon Other stores
Bookmark  Rate:

'Only See You' is tagged as:

The 'Only Colorado' series

Similar books to 'Only See You'

All books by J.D. Chambers  ❯

Buy 'Only See You' from the following stores: