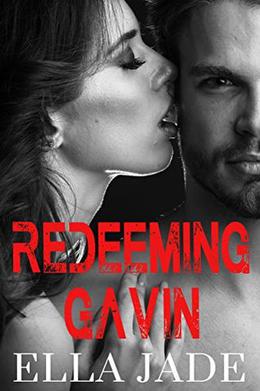 Can it be a chance at redemption when history repeats itself in a way he never expected?

Reformed bad boy Gavin Callahan has finally gotten his life together. He’s recently returned from Boston to help his brother Brody run the family business. In the last two years he’s matured and given up his player ways. What choice did he have after what he’d done to the last woman he was involved with? Not to mention almost losing his family. That was all behind him now.

Justine Carlucci finds herself in a mess. Not only is she single and pregnant, but she’s caring for her alcoholic father. Her ex doesn’t want her or their unborn child. He even offers her a small sum of money to walk away and forget he exists. Nothing seems to be going her way until she accepts help from a familiar stranger. Gavin owns the company she works for. He doesn’t know she exists until an unforeseen meeting puts her directly in his path.

Gavin can’t get Justine out of his head. He becomes more intrigued with her when he learns about her unfortunate circumstances. He’s not the man for her but he can’t seem to walk away. She doesn’t expect anything from him but she’s drawn to his charm and caring nature. Gavin has a secret that goes beyond just him. He’s made promises to his family that he can’t break, but his feelings for Justine grow stronger everyday. Can she still accept him once she learns the truth?

Featuring Brody and Claudia from Something More.
more
Amazon Other stores
Bookmark  Rate:

'Redeeming Gavin' is tagged as:

The 'The Callahan Brothers' series

All books by Ella Jade  ❯