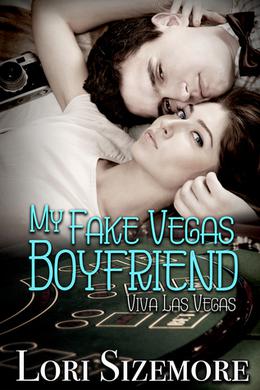 1958 Las Vegas. She can ruin his career. He can save her freedom. What's a little blackmail between strangers?

Layla Rosas has been burned too many times—by her cheating ex, her narcissist mother, and now her father who’ll put her in an asylum, for good this time, if she can’t settle down and be a good girl. She needs a quality boyfriend—now—to convince her dad she’s back on the straight and narrow.

Jace Russell is good at his job: keeping the wealthy elite who visit his casino safe and happy. When a photographer snaps career-ending shots of a client, it’s Jace’s duty to do whatever it takes to stop those photos from hitting the press.

Layla didn’t intend to take compromising shots, but that doesn’t mean she won’t use them. When Jace realizes a few fake dates are all she wants in exchange for the negatives, he’s all in—with the added agenda of getting the crazy but beautiful woman between his sheets. But Layla refuses to gamble her heart on the toe-curling kisses of a fake boyfriend. It’s just a few dates. How hard can it be?
more
Amazon Other stores
Bookmark  Rate:

'My Fake Vegas Boyfriend' is tagged as:

All books by Lori Sizemore  ❯

Buy 'My Fake Vegas Boyfriend' from the following stores: