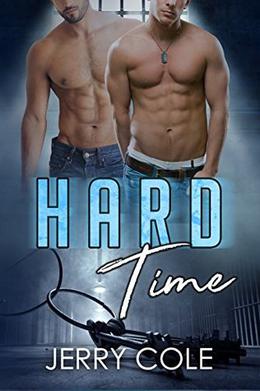 Luke Shawcross hasn’t been the easiest guy for anyone to work with, and he knows it. He’s a no-nonsense homicide detective on the dangerous streets of Philadelphia, and he lives behind the hard exterior he’s taken years to perfect, thanks to a lifetime of feeling he’s never quite measured up.

Nobody knows he’s gay, save for his working partner, Mikey. They have each other’s backs every day on the force, and Luke feels he’s the only friend he can truly trust. His liaisons with men are fleeting and singular, and Luke’s policy of never agreeing to a second date is the main reason he’s still single. He likes it that way.

What he doesn’t like is having to work for a guy like Jake DeMarco. Homicide Captain, Jake is arrogant and obnoxious, and Luke suspects he’s got something to hide after he overhears a suspicious phone call. For a guy prone to fits of rage, Luke has to constantly rein in his temper. After all, he’s lost it with Jake before.

Thankfully, Luke gets a break. He’s offered the chance to go undercover to investigate guard brutality at a local jail. It means living as a prisoner for the next twelve weeks, and it’s about to be Luke’s toughest ever assignment, one he’s desperate to perform well on.

What he doesn’t bargain for is Adam Baker, the shy, genuinely helpful cellmate who inducts him into prison life and even serves to protect him. The antithesis of small, feisty Luke, Adam is tall and broad, and a true gentle giant. Luke can’t believe it when he hears why Adam’s in prison, and as he probes a little deeper, he comes to question not only the system he’s part of, but his vow to never let anyone in.

Please Note: This book contains adult language & steamy adult activities, it is intended for 18+ Adults Only. Novel, approx. 80,000 words in length. HEA (happy ever after ending). Does not end with a "cliffhanger."
more
Amazon Other stores
Bookmark  Rate:

'Hard Time' is tagged as: