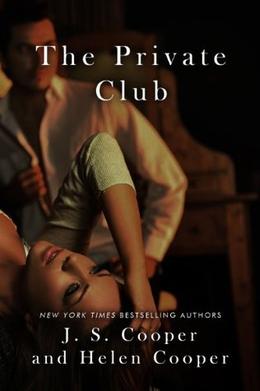 When Meg Riley lost her job as an attorney, she never thought she'd end up working for a private club. But when she met the handsome and elusive, Greyson Twining, she knew she couldn't turn the job down; even though she didn't really know what the position entailed.

Greyson Twining is the owner of the private club and he knows that it's a mistake to hire, Meg. However, there is something about the way she smiles at him that makes him forget his own reservations. And then there's the call from, Brandon Hastings telling him not to hire Meg. A call he should have listened to more closely.

As, Meg and Greyson embark on day one of training, neither of them realize that there are secrets about to come out that will completely alter both of their lives.

The Private Club 2
Meg had no idea what she was getting herself into when she accepted a job at the Private Club. She also hadn't planned on meeting a man like, Greyson Twining. A man who's handsome devilish looks made her forget her principals and her mind.

When Meg realizes that there is a lot more going on at the Private Club then she had ever imagined, she decides to stick around to try and figure out exactly what's going on. Only she never imagined that the truth could be so deadly and worrying.

Eventually, Meg finds herself stuck between her attraction to Greyson and the stark facts telling her that, Greyson is a bad man. A very bad man. Meg has to decide what to believe, her heart or her brain, before it's too late.

When Meg Riley accepted a job at the Private Club she didn't expect to be thrown into a world of deception and lust. She doesn't know who she can trust, but that doesn't stop her from falling for Greyson Twining.

Greyson Twining is the handsome owner of the club. He is charismatic, alluring and way out of her league. While his smile sets her heart on fire, everything else about him makes her want to run away. Especially when Meg finds out that her roommate and confidante, Nancy has gone missing.

Meg isn't sure if she can trust her heart, but as more secrets are revealed, she fears that she may already be in too deep.

The Private Club 3 is the last book in the explosive Private Club series. Readers should be 18 or over due to mature language and situations.

'The Private Club Boxed Set' is tagged as:

Buy 'The Private Club Boxed Set' from the following stores: