Love is Worth the Sacrifice 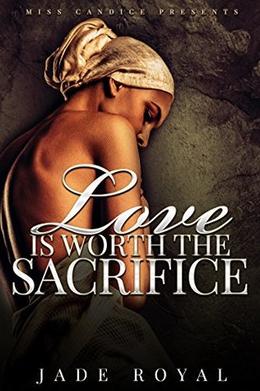 Iman Jamieson knew firsthand how it felt to be wrapped up in toxic love. Being with the same woman for years, Iman committed himself wholeheartedly to her. When the supposed love of his life deals him the ultimate betrayal, Iman is left feeling, angry, confused and heartbroken. He wasn’t so sure love was strong enough to fix anything and he was alone more than ever.

When he lays eyes on Peace Kendrick all of his doubts about what love truly meant, began to evaporate. With a heart as pure as they come, Peace builds her reputation as the best social worker in the city, at the expense of her own personal life. Meeting an honest and compassionate man like Iman allowed her to recognize just what she'd been missing in her life.

Iman and Peace thrusts themselves into a love affair that seemed to have no boundaries. Invested in each other the both of them failed to see the demons rooted in their lives, ready to corrupt their new found love story. When things begin to fall apart and the both of them suffer a tremendous loss, they realize the only thing they had left was their love for each other. Fighting battles against those who sought to tear them apart, Iman and Peace sacrifice themselves and their livelihood. But was just simply loving each other worth the sacrifice?
more
Amazon Other stores
Bookmark  Rate:

Similar books to 'Love is Worth the Sacrifice'

More books like 'Love is Worth the Sacrifice'   ❯

Buy 'Love is Worth the Sacrifice' from the following stores: