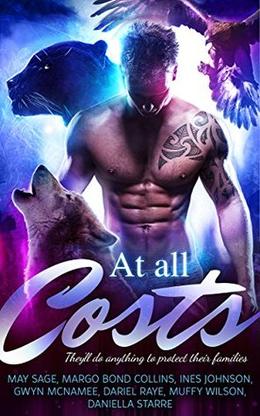 Six shifter standalone stories, all with one thing in common: these beasts will do anything to protect the ones they love, from any threat. Particularly their children.

Bestselling authors in paranormal romance come together to give you the chance to read six books in one temporary boxed set.

This anthology includes:
Pretty Kitten by May Sage: When Daunte’s newborn nephew is hunted by every shifter in the world, he’ll do anything to keep him safe.

A Streak of Tigers by Margo Bond Collins: On the run from the rogue tiger-shifter who killed her pack, Lana Ramsey has done her best to avoid any other shifters—until Roman Velazquez invites her to join his streak of tigers as their Alpha Mate in a scorching hot reverse harem.

Moonfall by Ines Johnson: An alpha wolf gets a whiff his estranged brother’s fiancee and becomes determined to replace the groom in the upcoming nuptials.

The Scales of Kiamét by Dariel Raye and Muffy Wilson: Balance duty, honor...and love. To protect her family with two clans on the verge of extinction, Kiamét, a rising dragon queen and soon to be Queen of Mystic Dracons, needed to mate with a human of royal lineage but never expected to fall in love.

Protecting what’s his by Daniella Starre: Werewolf Alexis runs away from the asshole alpha in her pack and ends up in Jasper's bed. He's more than willing to prove to her that a lasting relationship can blossom from a one-night stand, but will the alpha allow them the chance to try a relationship?
more
Amazon Other stores
Bookmark  Rate:

'At all Costs' is tagged as:

Similar books to 'At all Costs'

All books by May Sage  ❯

Buy 'At all Costs' from the following stores: