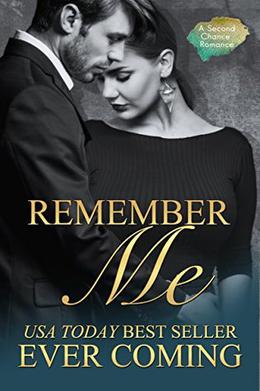 Remember me.
Ten letters.
Four syllables.
Two words.
Two of the most powerful words of Cate’s life. She read them the first time she had her heart broken, heard them when she lost her husband, and now they stared back at her as her daughter moved away for the first time. Yes, each time these two little words crossed her path, her life changed course. That was why when Cate spoke them to herself, about herself, she knew great things were about to happen. She was going to remember who she was and go back to being that strong, intelligent, determined, and fun—yes, fun—woman she once was.

Levi loved Cate from the moment they met. They had been inseparable, and if he'd had his way, they would have remained that way. Being taken from her before they ever had a chance to explore their feelings was the one regret in his life, one he planned to rectify the moment her daughter's name crossed his desk. He had no idea they were so close... yet still so far. If fate wanted to grant him another chance, though, who was he to argue?

'Remember Me' is tagged as:

Similar books to 'Remember Me'

Recent books by Ever Coming

Buy 'Remember Me' from the following stores: