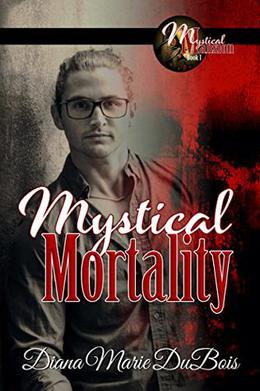 Maxim Rafferty lived under a curse his whole life. One that he longed to be released from. The yoke of being Alpha, weighed heavy and Maxim only wanted his freedom. When an opportunity to win his mortality arose, Maxim jumped at the chance. The Mystical Mansion held the key to his mortality, but it also held secrets and death.

A chance encounter with the beautiful Mariwen Hawking has Maxim reevaluating why he’s in the contest in the first place. Could there be more in life for someone like him? A chance with a beautiful fairy?

In a house full of mystique and intrigue, Maxim must navigate his way through potential enemies and find out who he can trust. Will he win the heart of Mariwen, or die trying to win his freedom from his curse?

Do you have what it takes to enter The Mystical Mansion? Enter if you dare…
more
Amazon Other stores
Bookmark  Rate:

'Mystical Mortality' is tagged as: