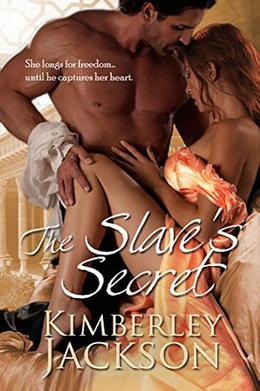 Samara is torn when the handsome Magistrate Marcus offers her a tempting deal to gain her freedom. He’s different from the Patricians she’s met so far, and he’s definitely more charming than her abusive master Aaron. His nearness evokes previously unknown emotions in her, but the idea of sharing his bed is as intimidating as it is thrilling. Can she trust him, or will he turn out to be just as cruel and manipulative as her previous master?

Marcus is fascinated by the beautiful slave with the flaming red hair and the exotic, fair-skinned look. Disguised as the new Magistrate, he has to get to the bottom of a conspiracy, before the real Magistrate can take office. Hoping to gain valuable information from Samara, he makes her an offer she can’t refuse, unknowing that she’s entangled in a web of lies that not only endanger his mission, but soon also both their lives.
more
Amazon Other stores
Bookmark  Rate:

'The Slave's Secret' is tagged as:

Similar books to 'The Slave's Secret'

Buy 'The Slave's Secret' from the following stores: