Every Girl Needs a Thug 2 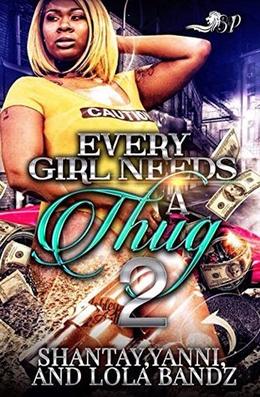 Sometimes Every Girls doesn’t need a thug, sometimes a thugs needs a Ridah. In the first explosive installment Shanice, JaeCia and Amora told you exactly how to love and ride for a thug, but what happens when a girl is fed up and the thug she is in love with just doesn’t get it?

Shanice has come a long way from being the love-struck teenager that was once head over heels and stuck on Money. Now as grown woman the ball is in her court as she plays by her own rules. Living young and carefree she uses both men as a pawn in her game of love.

JaeCia is now a successful business woman and a mommy of two. She has been through so much with TJ that she doesn’t know if she is going to be ready to allow herself to be happy with him. Will JaCia allow someone to come in and mend what TJ has already broken?

Amora is finally on her grown woman and now living the model life, she is happy and content with her and Lyrica's life. Meeting someone new and pushing him away will she miss her chance at love? Or will an old flame come and steal her heart?

Authors Shantay, Yanni and Lola Bandz brings you the drama dripping sequel of how friendships never break and how thugs will see that they need a ridah more than she'll need him.
more
Amazon Other stores
Bookmark  Rate:

Similar books to 'Every Girl Needs a Thug 2'

More books like 'Every Girl Needs a Thug 2'   ❯

Buy 'Every Girl Needs a Thug 2' from the following stores: