by Diana A. Hicks 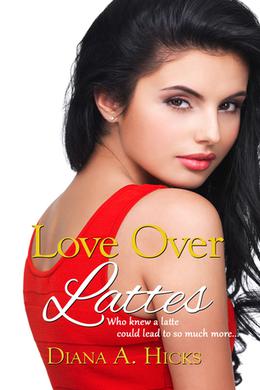 In this sexy, contemporary debut set in the sizzling Southwest, recent college graduate gets more than she bargained for when she accepts the help of a hot as hell CEO fighting to keep his company.

Single mom Valentina wants to provide a good life for her son, starting with the perfect home. When the deal on her dream house falls through, rather than move back in with her parents and disappoint them and her son once again, she accepts the help of the intimidating-as-hell stranger she's admired from her coffee shop seat for the last six months. She's afraid to fall for the wrong guy again, so she makes Cole promise to keep their relationship strictly professional.

Following his failed marriage, Cole can't find a reason to care about anything or anyone. Saving his company from his ex-wife is the only thing that has kept him afloat for the past six months. As loneliness sets in and he begins to lose the fight over his company, Valentina becomes his lifeline. Cole wants to be more than her landlord, and he has a plan to get her to release him from his promise.
more
Amazon Other stores
Bookmark  Rate:

Similar books to 'Love Over Lattes'

Recent books by Diana A. Hicks

Defy You
Defy You
(Cole Brothers #5)

All books by Diana A. Hicks  ❯

Buy 'Love Over Lattes' from the following stores: