The House at Bishopsgate (The Aviary Gate #3) 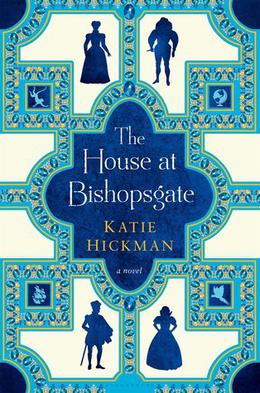 Most men of stature wouldn't marry their betrothed after she'd been kidnapped and forced into sexual slavery in the harem of the Great Turk, but Paul Pindar, wealthy merchant and former ambassador to Constantinople, is not most men. When Paul and Celia, finally reunited, return to London in 1611, his house at Bishopsgate has stood empty for nearly a decade. A phalanx of carpenters, upholsterers, and gardeners have been summoned to restore it to its former glory.

But all is not as it seems. Celia is frail, and their marriage, despite her longing, is childless. Traumatized by her experiences, she is unprepared for English society and the duties of managing a house with a full staff. Paul arranges for Celia's old friend, Annetta, to join them in England as Celia's companion, but Annetta arrives to find that another woman, the widow Frances Sydenham, has insinuated herself into the Pindar household. Lady Sydenham seems to have a mysterious hold over Celia and, Annetta suspects, increasingly over Paul.

Who is this woman, and what are her motives? Like everyone else, including members of the royal family and Pindar's greedy brother Rafe, she is fascinated by the Sultan Blue, the legendary diamond Pindar has brought back from the Middle East. All of London wants to get their hands on the jewel, despite the dark magic properties that are said to surround it, but Paul Pindar might be the only merchant who doesn't have a price.
more
Amazon Other stores
Bookmark  Rate:

'The House at Bishopsgate' is tagged as:

The 'The Aviary Gate' series

Similar books to 'The House at Bishopsgate'

All books by Katie Hickman  ❯

Buy 'The House at Bishopsgate' from the following stores: