What He Craves (Desires #2) 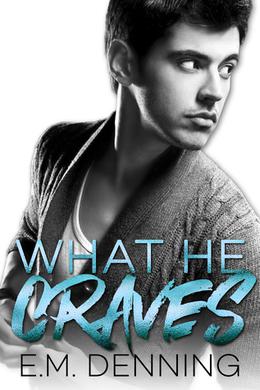 Matt Simpson is notorious for his bad decisions. From his rocky teenage years to his tumultuous early twenties, he's made a lot of mistakes. His latest, greatest, and perhaps stupidest of them all was his recent pursuit of his boss, the unattainable Steve Paulson. Desperate to make the man notice him, and knowing Steve would never get involved with an employee, Matt quits his job.

Unfortunately, Steve still won’t touch him. To make matters worse, his new job falls through and his older brother won’t hire him. Matt can’t bear to ask Steve for help, and soon he finds himself out of money and out of options. When Steve finds him living in his car and demands that he go home with him, Matt obeys, but living with the man he's wanted for two years proves to be frustrating as well as explosively hot. As Matt begins to explore his submissive side under Steve's firm guidance, his insecurities haunt him. What does a homeless, jobless kid with a string of failures behind him have to offer, even if Steve did want him for more than a brief fling?
more
Amazon Other stores
Bookmark  Rate:

'What He Craves' is tagged as:

Similar books to 'What He Craves'

Buy 'What He Craves' from the following stores: