Banished in Time (The Dawn of Time Travel #3) 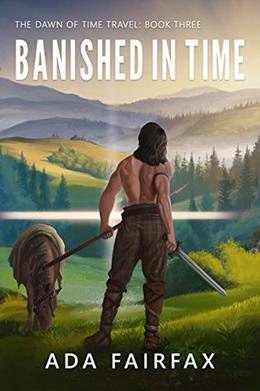 The long-awaited conclusion to The Dawn of Time Travel trilogy…

The year is 2079. It has been a year since the time continuum was Reset and Josh Mondragon is gathering a team of experts and dogboys to his Montana compound to ensure it will never happen again, and included on his team are new recruits Cheyenne O’Shea, her brother Connor, and her seventy-year-old grandmother, Anna Sinclair, all brought from the year 2010.

Soon, Josh realizes he’s going to need a lot more help as a flurry of inside timelines, originating from all over the globe, begin to erupt from the continuum. To make matters worse, a young Anna Sinclair is dropped in his lap by none other than Dávilon, his conniving, estranged father. Stolen from 1969, she is handed over to Josh along with Dávilon’s youngest son, and Josh’s clone, eighteen-year-old DeAnza.

Josh begins to suspect there are forces at work that he doesn’t yet understand, and when a ten-minute mission goes horribly wrong, he is thrust into the greatest challenge of his life. As Josh descends into darkness, he drags another with him, and discovers he faces a trial where he must confront not only his own demons but the ones that threaten the very future of Earth.

'Banished in Time' is tagged as:

The 'The Dawn of Time Travel' series

Similar books to 'Banished in Time'

All books by Ada Fairfax  ❯

Buy 'Banished in Time' from the following stores: