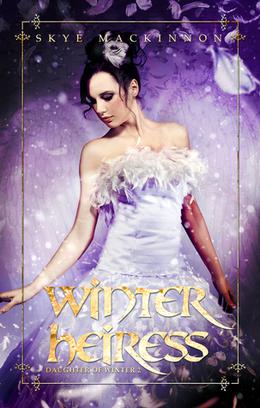 "Please stand for the Daughter of Winter, the Slayer of Demons, the Heir to the Throne, her Royal Highness, the Lady Wynter."


Wyn thought everything would be unicorns and rainbows once she reached her mother's palace.

The last things she expected were assassination attempts, the Summer King readying for war and, worst of all, frilly dresses.

But all of that is pushed to the side when one of her Guardians needs her help. They're hers. And she'll protect them while keeping her vow to protect the Realm. No matter the cost.


***This is the second novel in the Daughter of Winter series. While the bestselling first book, Winter Princess, was released as a serial, this is a full-length novel.***


The Daughter of Winter Series

'Winter Heiress (Reverse harem (Daughter of Winter) #2)' is tagged as:

All books by Skye MacKinnon  ❯