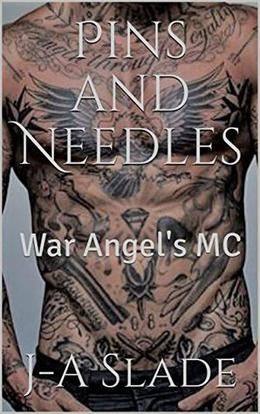 She came to the club begging for their help. Her brother was in desperate need and they were her last hope. Needles didn't know if he or the club could help her brother, but he did know he wasn't good enough for her. He was an addict, once an addict always an addict. He was a tattoo covered artist who helped run the MC's rehab center for new vets fresh out of the armed forces. Mostly he just made sure the guys they were trying to help weren't using and in the process he battled his own demons ... every ... single ... day.

She was at the end of her rope. Siobhan didn't know where else to turn. She had taken her brother to rehab facility after rehab facility and still he was hooked. She knew he would always battle this addiction but she couldn't leave her baby brother to kill himself with a needle. Can she trust Needles to help her brother? Or will she fall in love with Needles and have to accept the fact that her brother may never get better.
more
Amazon Other stores
Bookmark  Rate:

'Pins and Needles: War Angel's MC' is tagged as: