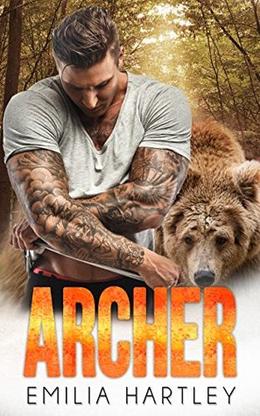 Archer had no plans to return home. Not after the exit he'd made. An arranged marriage to settle the feud between two packs sounded alright on the surface, but he'd be damned if he were to be mated to someone he didn't love. When Archer and his brothers left home they didn't plan on ever going back... That is until he received a call from a familiar voice years later urging him to return home. Something was going on, something serious.

Joanna loved him. When she found out that she was going to be mated to Archer, she couldn't contain her excitement. He was the most kind, generous and sexy man she'd ever met, it was like a dream come true. Until he crushed her heart on the day of the ceremony. She was broken and had never really recovered from it. And now the bastard had the balls to return to Stonefall all these years later?

Who was she kidding, she couldn't stay mad at him, in fact Archer one person she really wanted to see right now...

'Archer' is tagged as:

Buy 'Archer' from the following stores: