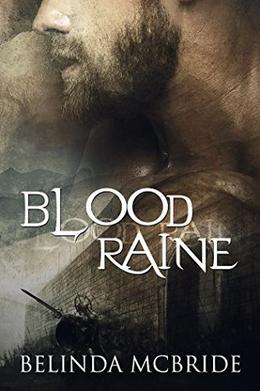 They met because of a sword.

The acclaimed metal mage Sai Raine took a commission for a live blade, and met the man who made his life complete. But their happiness was short-lived, when Lieutenant Arick Weste vanished on a battlefield, leaving no clues except one of the pair of blades made for him by Sai.

Wild with grief and anger, Sai Raine let his forge grow cold as his heart. As a mercenary, Sai Raine sought his lost love on battlefields all across the land, never losing hope that Arick still lived.

But all soldiers must eventually fall, and when Sai was finally defeated, it was to an enemy soldier who was far too familiar. Sai might survive the battle, but will he survive the ultimate betrayal?

'Blood Raine' is tagged as:

All books by Belinda McBride  ❯