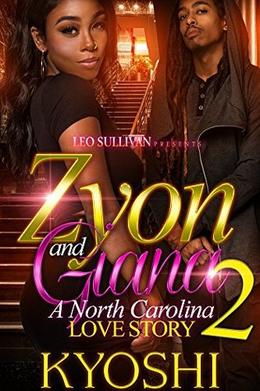 After their worlds are turned upside down by events far beyond their control, these two couples are trying hard to get their lives back on track. Kiya was brutally attacked by her ex, Tyson, sending everyone into a frenzy and Markie on the warpath to figure out what happened and why.

Zyon’s ex, Naomi, is back with a vengeance to stake claim on what she feels is rightly hers; Zyon, only he doesn’t feel the same way she does. Naomi is determined to make Zyon see that she should be the Queen to his King. But she has her own secrets and has yet to tell Zyon the real reason she left Virginia.

Tyson will stop at nothing to take Markie and Zyon down, not only because Markie has his woman, but because he wants their empire. But he also has his own secrets, secrets that would destroy him if they came out.

Gianna is trying her best to move on from the heartbreak that Zyon caused her, but how do you move on when the person has your heart in the palm of their hand? Newfound surprises and heartbreaks rock Gianna to the core and have her asking herself, will she survive it all?

Take another ride with the ones you love and the ones you hate as they go on yet another rollercoaster ride. Secrets, lies, deceit, destruction, and murder shake the pages of this book. It will leave you once again asking yourself, who will survive?
more
Amazon Other stores
Bookmark  Rate:

Buy 'Zyon and Gianna 2: A North Carolina Love Story' from the following stores: