Addicted To My Hitta 2 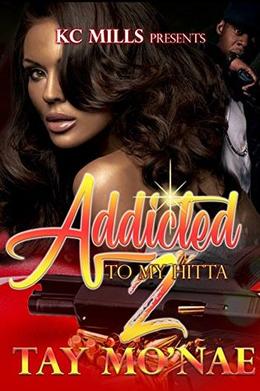 The end of part one left everyone wondering if any of these couples would make it.
Peyton is regretting her decision to commit to Brayden after catching him in a comproming situation. That heartbreak is taken further when she receives a phone call from Katrina. Brayden regrets the situation and wants to fix their relationship but when he gets news that his son is missing, he has to choose what will be his priority. Will Peyton be able to save Katrina? Can Brayden save his son? Will they be able to save their relationship and mend their hearts?
After Robyn catches Zayden with a gun to her pregnant sister's head she knows there is no way she could ever be with him. She is dealing with the aftermath of being a rape survivor and can not cope with both of these life changing situations on her own. Peyton is going through her own struggle and Skyla is fighting for her own life, Robyn is left alone to deal with all her drama. Zayden isn't willing to give Robyn up but there may be nothing he can do to fix this. Will Robyn allow Zayden to console her during her time of crisis or will she get through it on her own? Can Zayden win Robyn's trust back and show her he is not like her past relationships?
Skyla and her baby being hospitalized and fighting for their lives is the wake up call Noah needed to see that Leah is obsessed with him. He has allowed her to get away with too much for too long out of guilt but it is finally time to get rid of her once and for all. It may be too late though, once the magnitude of Leah's obsession is revealed, Skyla may never forgive Noah.

Will Brayden be able to get his son back unharmed and win Peyton back? Will Zayden be able to convince Robyn that he made a huge mistake and never wanted to hurt her? Will Skyla go back to Noah and marry him after all or will Leah continue to win? This finale is a wild ride filled with obstacles for these couples and one of them might not make it after all.
more
Amazon Other stores
Bookmark  Rate:

Similar books to 'Addicted To My Hitta 2'

Buy 'Addicted To My Hitta 2' from the following stores: