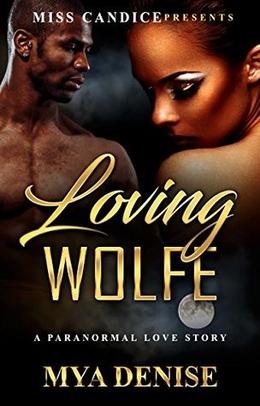 Jonah must finally reveal his secret to Sage after a surprise attack on the house he fought hard to secure. Much to his surprise, her reaction is better than he could have ever imagined. Instead of driving a wedge between them, his secret brings them closer allowing him to worry about one less thing.

Now he can put all his focus on his inherited enemies: The Baudin’s. They don’t ease up on trying to destroy his life. In fact they go out of their way to do the one thing he always feared: threaten Sage. That draws the line in the sand causing him to throw caution to the wind. Problem is, the Baudin clan is always two steps ahead and somebody close to Sage ends up being in the crossfire.

Going after the Baudin’s full force may cost Jonah more than his relationship but his life. Is going after them really worth the risk?
more
Amazon Other stores
Bookmark  Rate:

The 'Falling For Wolfe' series

Buy 'Loving Wolfe: A Paranormal Romance' from the following stores: