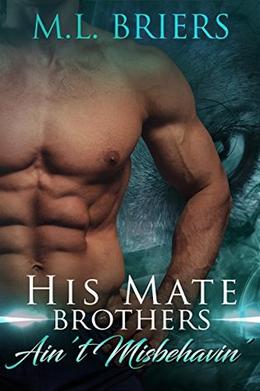 The Alpha wanted to kill the woman, not take her as his mate.
What was a shifter without his mate? Nothing, worse than nothing, he’d probably go rogue, but wouldn’t that be better than a lifetime with a witch soul mate?
Wooing her wasn’t going to be easy. She was crazy, worse than crazy; she said her best friend was a unicorn. Maybe crazy was rubbing off on him, but he wanted his mate, his wolf wanted their mate, and he’d do whatever it took to woo her.
Then there were the other two witches, his brothers, the good vampire, the bad vampire, and a whole lot of crazy.

Join Alf and his pack for a laugh-out-loud comedy romance that you can really get your fangs into.
more
Amazon Other stores
Bookmark  Rate:

'His Mate - Brothers - Ain't Misbehavin'' is tagged as:

Buy 'His Mate - Brothers - Ain't Misbehavin'' from the following stores: