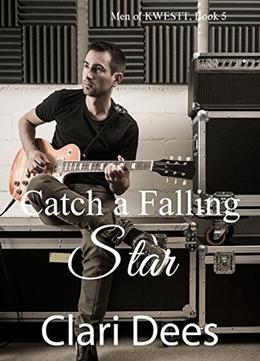 He once voted her off a talent contest. She’s his newest opening act. The stage will never be the same.

Sawyer Slade has it all: talent, fame, money, and women. But with all his friends marrying off, he’s become the odd man out. Dealing with his dysfunctional parents, however, is enough to keep him firmly single. Until a determined redhead causes him to revise his opinion—of her and of marriage.

Madison Laine has spent years proving to herself that she’s more than a snap judgement from a heartless talent judge. Now she has the opportunity to prove it to him. But the longer she’s around Sawyer, the more she sees the man behind the persona. And that man is someone all too easy to like.

When two stars collide, which one will fall first?
more
Amazon Other stores
Bookmark  Rate:

'Catch a Falling Star' is tagged as:

The 'Men of KWESTT' series

Buy 'Catch a Falling Star' from the following stores: