Out of the Blue: Henry and Sophie (A Flynn Family Story) 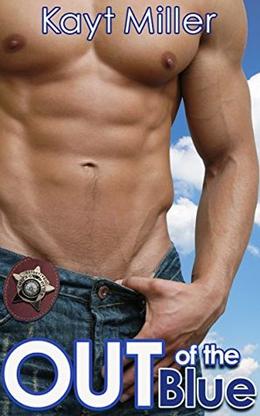 This new version of Out of the Blue has been professionally copy-edited by The Pro Book Editor.

Sophie
Sophie Kincaid knows how to find her brides the perfect dress for their dream wedding. A little overweight and a lot under tall, Sophie faces age thirty knowing she'll never have her own happily-ever-after and she'll soon need a cat or two to complete her self-fulfilling prophecy. However, when a ruggedly handsome customer enters the shop in need of a tuxedo, Sophie finds herself dreaming of the tall, broad, and hot-as-sin Henry Flynn. The only problem is guys like Henry don't look twice at women like Sophie. It's just a fact of life.

Hank
Henry "Hank" Flynn is a foul-mouthed detective with the Chicago P. D. who knows all there is to know about solving crimes. He's big, strong, and stubborn as hell. At thirty-five, he has no interest in finding a woman unless it's for one night in his bed. Been there. Done that. Divorced years ago from a spiteful gold-digger, Hank doesn't need or want to know anything about his hookups. That is until he walks into a shop to get a tux for his brother's wedding and is drawn to a little beauty named Sophie. When Sophie's tenant is found murdered, Henry finds himself on the case with a need to solve one murder and prevent another. Keeping Sophie safe and in his arms is his number one priority even when she doesn't think she needs saving.

While Sophie doesn't believe a man like Henry Flynn would want her; Henry believes fate has brought them together. Let's see if fate wins out over logic. Fingers crossed fate wins because who doesn't love a happy ending?

This book is intended for a mature audience--ages 18+. It is a stand-alone with a sexy hero and an HEA. If you are offended by coarse language, you may want to skip this because Henry Flynn has a dirty mouth.
more
Amazon Other stores
Bookmark  Rate:

'Out of the Blue: Henry and Sophie (A Flynn Family Story)' is tagged as:

Similar books to 'Out of the Blue: Henry and Sophie (A Flynn Family Story)'

More books like 'Out of the Blue: Henry and Sophie (A Flynn Family Story)'   ❯

Buy 'Out of the Blue: Henry and Sophie (A Flynn Family Story)' from the following stores: