The Widow of Rose Hill 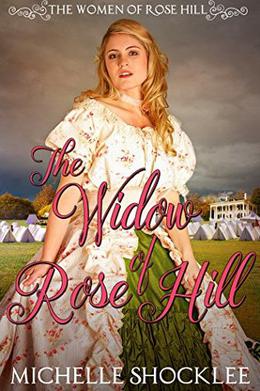 Widowed during the war, Natalie Ellis finds herself solely responsible for Rose Hill plantation. When Union troops arrive with a proclamation freeing the slaves, all seems lost. How can she run the plantation without slaves? In order to save her son’s inheritance she strikes a deal with the arrogant, albeit handsome, Colonel Maish. In exchange for use of her family’s property, the army will provide workers to bring in her cotton crop. But as her admiration for the colonel grows, a shocking secret is uncovered. Can she trust him with her heart and her young, fatherless son?

Natalie Ellis is everything Colonel Levi Maish loathes: a Southern slave owner. When he and his men arrived in Texas with the Emancipation Proclamation, freeing slaves still in bondage despite the war having ended, he feels little concern for the trail of plantation owners left in its wake without workers. But the plight of the beautiful Widow Ellis stirs to life his compassion and the heart he’d thought cold as stone after witnessing the carnage of war. While the army camps on her land, Levi finds himself contemplating a future with Natalie and Samuel. But when he learns where her husband perished during the war, he knows a life with Natalie is impossible. How could she ever forgive him for what he’d done in battle on the banks of the Bull Run?
more
Amazon Other stores
Bookmark  Rate:

Similar books to 'The Widow of Rose Hill'

More books like 'The Widow of Rose Hill'   ❯

Buy 'The Widow of Rose Hill' from the following stores: