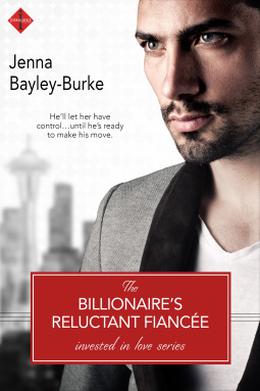 After her father’s untimely death, the only things Lily Harris is left with are debt, scandal, and loneliness—and her late father’s business partner, Jake Tolliver, looking over her shoulder. Lily isn’t interested in being another one of Jake’s many conquests, no matter how attractive he is. But after weeks of frustrations, she’ll consider accepting his help…until he reveals the promise he made her father.

Before Jake Tolliver’s friend and mentor died, he asked Jake to take care of his daughter…forever—not that Jake had to be asked. For years, he’s desired Lily Harris, and he has a well-deserved reputation for always getting what he wants.

'The Billionaire’s Reluctant Fiancée' is tagged as:

The 'Invested in Love' series

Buy 'The Billionaire’s Reluctant Fiancée' from the following stores: