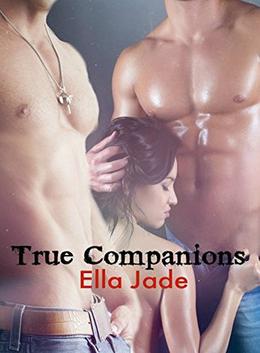 Can two destined souls open their hearts and their bed to a third?

Vampires Maxim Avery and Grant Bellow have been lovers for a century. Companions in the truest sense. While attending an auction where a human woman offers herself to the highest vampire bidder, Grant inadvertently connects with her from across the room. Their interaction so powerful that Maxim has no choice but to secure the human for his soulmate. He’d do anything for him, but at what cost?

Cassie Kelly survived years of being a product of foster care never fitting in anywhere. After aging out of the system, she falls on hard times. At twenty-three, she finds herself broke, uneducated, and homeless. The auction house was supposed to be her saving grace, and things were looking up when not one, but two sexy, charismatic vampires take her home. She quickly realizes her new arrangement may not be what she expected. She’s more of an intrusion or so it would seem.

Cassie wonders if this situation will be like all the other homes she tried when she was a kid. Another place where she doesn’t belong. Grant falls hard for her, realizing she is his human. But how will that work when he’s already found his mate in Maxim?

'True Companions' is tagged as:

All books by Ella Jade  ❯