Mikhai and Starr: Love on the Run 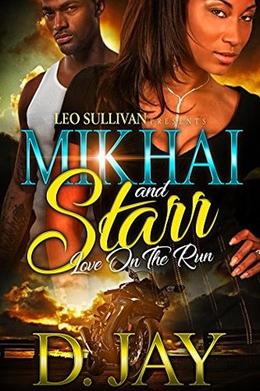 Starr Banks made one fatal mistake at 17 years old, and ten years later, she’s still running from it. After killing her abusive stepfather and fleeing into the night to avoid a life in prison, she is so close to freedom and a new life, she can taste it. But one night of throwing caution to the wind will turn her world upside down when she meets the very sexy Mekhai, who has her second guessing just what it is she really wants, or who.

Mekhai Morgan is a hot head DEA agent looking for redemption after messing up one of the biggest cases of his career. When fate steps in and he comes across the file of Starr Banks, he knows that this will be the case to get him back in the field and bring down one of the biggest drug dealers known to man. On a mission for justice, lines are crossed and Mekhai knows that he’s made a mistake; falling for a murderer.

Feelings get deep, truths are revealed, and erogenous zones are explored as Mekhai and Starr learn just how much sleeping with the enemy can change the truth in Love On the Run: Starr & Mekhai.
more
Amazon Other stores
Bookmark  Rate:

Similar books to 'Mikhai and Starr: Love on the Run'

More books like 'Mikhai and Starr: Love on the Run'   ❯

Buy 'Mikhai and Starr: Love on the Run' from the following stores: