Stella and the Tight End 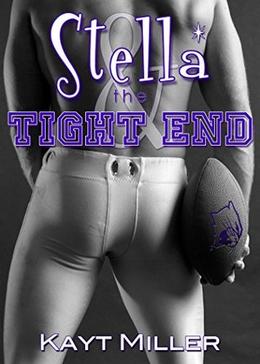 This book contains language and situations for readers age 18+. If you don't care for coarse language and sexy times, you should probably read something else. This book is a stand-alone with an HEA.

This book was previously published under the title Game Changer. It has been professionally edited and changes have been made to the story including a new Epilogue. If you’ve read Game Changer, you may opt to pass on this newer version.

Stella Matthews has her life planned out for her. From her promise ring to her parent-approved major in college, she knows there won’t be any surprises in her life. That is until she catches her boyfriend with her new college roommate that life that was so thoughtfully planned, ceases to exist.

Alex Emerson has his life figured out. As a likely first-round pick in the next NFL draft, this All-American tight end is ready to graduate from college and move on to his life as a wealthy, single, pro ball player––the life he’s always wanted. That is until he meets Stella. She makes Alex feel like there is more to life than football.

'Stella and the Tight End' is tagged as:

Similar books to 'Stella and the Tight End'

More books like 'Stella and the Tight End'   ❯

Buy 'Stella and the Tight End' from the following stores: