Sean: A Love Triangle Romance (For The Love Of A Good Woman #6) 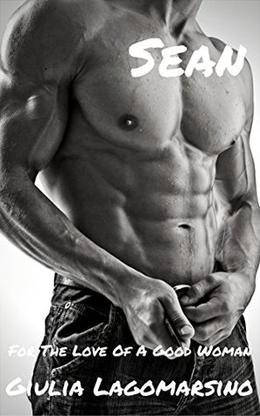 Sean is the sixth book in the, For The Love Of A Good Woman series. It can be read as a standalone, but characters from other books appear throughout the series. Sean is a love triangle romance, but is also a comedy.


“I’m not driving faster. It’s against the law,” Lillian said primly.
“You’re with a cop!”
“But I’m not an officer. I could get pulled over and then I would get a ticket.”
I stared at her for a second in disbelief. “Are you kidding me?” I shouted. How did I possibly get stuck with the slowest driver in the world when I was after a suspect?
“Shit. Where’d the car go?”
“It didn’t go anywhere. It’s an inanimate object.”
“What do you mean it’s inanimate. It’s moving!”
“But only because someone is making it move. It doesn’t move on its own, therefore it’s an inanimate object. So, it can’t go anywhere. The correct way to say it is, ‘where is the car’.”
“Just pull over the car and I’ll walk. I can’t deal with an English lesson while trying to do my job.”
“I can’t pull over. There’s nowhere safe to do so.”
“Then I’ll jump from the car.”
“Now that’s just silly. Do you realize how injured you could get?”
“At the speed you’re going, I could probably land on my feet.”
Sean
Vira is every man's fantasy. She's sexy as hell and dynamite in bed, but I can't get her to commit to me. After finally seeing the light, I walk away, determined to move on. She's always there, though. She pulls me back in, making it impossible to walk away and always hoping this will be the time I'll change her mind.
Lillian is prim, proper, and a grammar Nazi. She drives me absolutely insane, but under all that is a sexy teacher waiting for someone to help her let loose. She drives me crazy, both mentally and physically, but I'm not sure she's the woman for me.


Lillian
Sean is exactly the type of man I need to avoid. I'm not everything I appear to be and if someone took the time to get to know me, he would see that. Sean isn't one to stick around, though. He's crazy about a woman that is the complete opposite of me. How could I ever hope that he would see me the way he sees her?


Vira
I'm crazy about Sean, but he wants something I can't offer. No matter how many times he tells me he's through with me, he always comes back for more. Lately, though, he's been seeing another woman who is nothing like me. He seems to really like her and so do his friends. If I don't step up and make things right between us, I'll lose him for good.

'Sean: A Love Triangle Romance' is tagged as:

The 'For The Love Of A Good Woman' series

4.57 · 7 ratings
contemporary
For The Love Of A Good Woman reading order and complete book list  ❯

Buy 'Sean: A Love Triangle Romance' from the following stores: