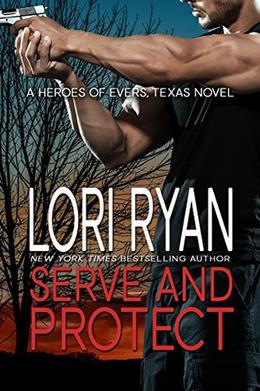 She’s hiding from memories that could tear her apart. He knows getting her to face her past is the key to the most important murder investigation he’ll ever handle.

Ashley Walker was one of the lucky ones. Adopted when she was fourteen years old by a family who loved her as their own and stuck beside her through all she put them through. She can’t outrun the hell of her past, though. A hell that would haunt her forever.

Garret Hensley never imagined he'd be chasing the killer of the woman who'd set him on the path to law enforcement. She'd given him reason to believe in himself, to believe he could make a difference. And he suspected her giving heart was the reason her life had been cut so short. When the evidence leads him to Ashley Walker, he knows he has to ignore the feelings she stirs in him, because getting her to reveal the truth of her past is the key to finding a killer.

Serve and Protect was previously published under the same title but with a different publisher. Please check your ereader to be sure you haven't already purchased it! It is book three in the series, but it is a stand-alone complete story and can be ready in any order within the series.
more
Amazon Other stores
Bookmark  Rate: