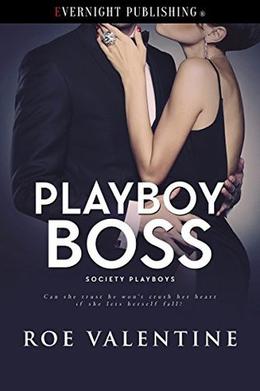 When ladies’ man Konrad Korr meets his new player-hating temp, Scottie Roberts, everything he believes about love comes crashing down.

Konrad Korr lives by the motto “work hard, play harder.” He’s used to women falling for him, but the idea of letting himself fall for a woman leaves a bad taste in his mouth. Then he meets Scottie, the temp filling in for his assistant, who doesn’t think he’s anything special. On day one, they butt heads, but on day three he begins to question his cynical view of love. When a hookup list of his recent conquests comes to light, will he be able to convince Scottie he’s turned over a new leaf?

Scottie Roberts doesn’t need a man. She needs a paycheck. Behind on rent, she takes a temp job with infamous playboy CEO, Konrad Korr. While she hates being an accomplice to breaking the hearts of his many women, she can’t help but fall under his spell in a moment of weakness. Determined to keep her heart protected, she denies the possibility he could change, especially when she finds a list of his lovers. Can she trust he won’t crush her heart?
more
Amazon Other stores
Bookmark  Rate: