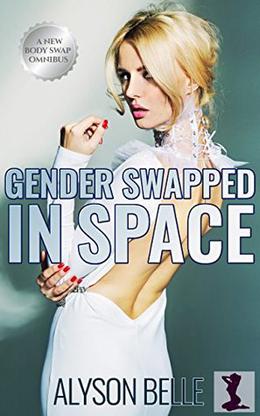 Captain James T. Mitchell and his co-captain Lana King made one of the bravest sacrifices in human history when they volunteered to have their brains scanned and bodies frozen by the U.S. Human Preservation Service. In the event that mankind was ever in danger of extinction, they would be unfrozen to carry out their sacred mission: Restarting the human race!

Now, thousands of years in the future, James is awoken from cryo-sleep by a strange alien species to discover that humankind is long dead, and the aliens are encouraging him and Lana to do exactly what they swore to. There’s just one problem: James and Lana have awoken in the wrong bodies! Lana is determined to carry out their mission as planned, but James never expected that he’d be the one to have to do the woman's job. It all seemed easier when Lana was taking care of that.

Can James adjust to his new life as a woman and carry out the mission he swore to accomplish, or is he going to solve the mystery of how this happened and get back into his old body before Lana manages to talk him into staying the way they are? If James can't find a way out of this, he might just end up being one of Lana's cosmic harem girls, and end up as a space babe forever...

Gender Swapped in Space is a novel-length compilation of four previously published consecutive stories in the Science Fiction Gender Swap series: Space Swapped, Preggers in Space, Cosmic Harem, and Space Babe Forever. With 200+ pages of hot, gender-swapping action and some VERY steamy scenes, this book is intended for mature audiences who enjoy FF, MF, and MFF scenes with lots of gender-bending fun.

'Gender Swapped in Space: A Steamy Transformation Science Fiction Omnibus' is tagged as: